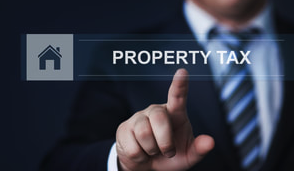 This is a really good article by the California Chamber of Commerce. It provides excellent background on Prop 13 tax protections currently in place, and what’s driving Prop 15 (Split Roll Tax). The entire article lays out the key provisions of the bill and I have highlighted the concerns. If you want to drive businesses out of California, this is the bill. Read the article and consider opposing Prop 15. Bad for California!

• Schools’ Fiscal State of Affairs Are Unaffiliated with Property Taxes. Schools could certainly use more money, especially to pay teachers trying to make ends meet in expensive coastal housing markets. But the story of school finance is not a lack of revenues; it is the growth of other state priorities. State support for the health care program for poor Californians, called Medi-Cal, has increased ten-fold since 1978. It is now by far the biggest single program in state government, annually consuming $100 billion in state and federal funds, and serving one in three Californians.

Additionally, pension and health care costs have hit schools especially hard. In the seven years through 2020–2021, researchers estimate the cost of teacher and staff pensions for school districts will more than triple, totaling $9 billion just to support retirement systems that are still actuarially underwater.

In the Los Angeles school district, employees (and their dependents) pay no health care premiums, have no deductibles, and have lifetime benefits. The district estimates that in two years, health and pension payments will comprise more than 37% of its general fund budget, up from 11% in 2001. In 2018, Los Angeles schools had an unfunded liability for retirees’ health benefits of $15 billion.

Additionally, two California policy changes that predated Proposition 13 have had a far greater impact on the fiscal health of schools than property tax alterations.

Second, Governor Edmund G. Brown Jr. signed legislation in 1976 granting collective bargaining rights to school employee unions. From that day on, every major spending decision by school districts required affirmative agreement by school unions. If money equals quality, then the unions must shoulder responsibility for student performance based on their spending priorities.

• Small Businesses and Their Employees Hardest Hit. Smaller businesses will be even more incapable of absorbing a sudden rent increase due to reassessment. Those small businesses that cannot raise prices will need to cut costs, which will include reducing employee compensation, benefits, or cutting the number of employees. Some small businesses will have to relocate or close, creating an oversupply of commercial space and higher vacancy rates, which would cause commercial property rents and values to decline. The closing of storefronts will decrease job opportunities because of decreased economic activity.

Although the revised initiative includes a small business exemption, the split roll still would be crippling to a significant portion of businesses. The new language, for example, expands the reassessment exemption to small business owners with property valued at $3 million or less, up from the previous $2 million threshold.

According to California Taxpayers Association President Rob Gutierrez, the protections for small businesses aren’t strong enough. Because many small businesses are renters, higher property taxes on the buildings they rent space in will result in more expensive rent for them, he said. “What that translates into is higher prices for consumers and brick-and-mortar stores,” he said. “Dry cleaners, grocers, companies that cannot move, will have to find a way to pass these costs on.”

• Split Roll Will Increase Costs for Consumers. Faced with higher property taxes, commercial property owners with typical lease terms are likely to pass the increased costs on to their tenants. For instance, a shopping center with multiple tenants would be faced with significant increased property taxes under this pending ballot initiative, and would in turn, increase rental rates. When faced with higher rent, those tenant business owners will increase the cost of their products to offset the higher rent, meaning the split roll tax will systemically increase the cost of living.

Even though a split roll tax is not aimed at consumers, the consumers are the ones who ultimately will pay for the tax through higher prices for everyday goods and services.

Residents already are struggling with a painfully high cost of living in California. This cost encompasses some of the steepest taxes in the country, including one of the highest gas, income, and sales taxes. The Legislature just passed policies that have resulted in Californians paying 48% more for electricity than the rest of the nation. Adding a split roll tax on top of these existing costs will only exacerbate the affordability issue for many Californians.

• Split Roll Will Hurt California’s Economy. High taxes, mandates and regulations already make it difficult for California businesses to compete. An almost $11 billion split roll tax increase will prevent businesses from hiring new employees and, potentially, from keeping existing ones. The stability and predictability brought by Proposition 13 has allowed California businesses to compete nationally despite the high cost of doing business in this state. A split roll tax will force many to close or relocate to a state that welcomes business investment.

The Legislative Analyst’s Office (LAO) warned that if the split roll ballot initiative passes, it would likely increase the costs of many businesses operating in California and thus influence their decisions as to whether to invest further in the state or move elsewhere.

• No Accountability Measures for New Revenue Are Included with the Initiative. The ballot initiative does not include taxpayer protections, cost controls, accountability measures or transparency requirements. The proponents even removed a cap on administrative expenses—so government can waste this new tax money on administration and overhead with no limits or checks.

In addition, it is challenging for assessors to competently value properties. The initiative will change the assessor’s review of property from an objective standard (price of sale) to a subjective standard (assessor’s opinion of value). This will lead to arbitrary assessments, more appeals, and an increased amount of bureaucratic overhead.

• Problem of Budget Volatility Will Be Exacerbated. Even if properly administered, tax assessments will follow the highs and lows of California’s real estate market—leading to more volatility. During recessions, this could lead to a significant reduction in revenue. For example, in 2008–2009, commercial property values declined by about 35% due to the economic recession.

These wild value swings are what led to the passage of Proposition 13 in the first place. Proposition 13 stabilized the flow of property tax revenue by locking in acquisition values and allowing these values to increase slowly from year to year.

• Massive Additional Revenue Not Necessary. California taxpayers have remitted a mountain of state and local taxes since Proposition 13’s inception—more than $240 billion this year alone. Next year, Governor Gavin Newsom anticipates a budget surplus of $21 billion.

Since Proposition 13 passed in 1978, per capita state and local tax revenues, adjusted for inflation, have increased by 55%. That’s the equivalent of $90 billion in new spending even after adding another 17 million residents and the increased cost of living.

California has record-high revenues and an enormous surplus. Local government revenue is at an all-time high as well. When Proposition 13 was passed in 1978, local property tax assessments were $6 billion. Local property tax levies are now projected to have grown $19 billion over the last decade alone—from $50 billion in 2008–2009 to $69 billion in 2018–2019. A massive tax increase via the unraveling of Proposition 13’s sound protections is not warranted.